The Future of Work

The world’s poorest people lack access to modern reliable energy and this is correlated with the inability to engage in modern, productive labour market activities. The world poorest are also more affected by the externalities from growth, which include pollution, poor sanitation, environmental degradation and global warming. With a changing climate subsistence agricultural is likely to become a less productive and more risky means of livelihood, accelerating the growth of cities. Research under this theme will assess whether and how these changes affect labour market outcomes for both genders and the difference between the two. 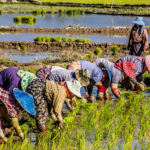 The Mekong delta in Southern Vietnam is the third’s largest delta in the world, and home to almost 20 million people. It is also an important region for food security in Vietnam, producing most of the country’s rice. However, with its extremely low mean elevation of about 0.8 m above sea level, the Mekong delta…

END_OF_DOCUMENT_TOKEN_TO_BE_REPLACED 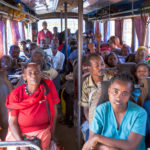 In this project, the research team study whether worker turnover contributes to the misallocation of talent in low-income countries. To this end, they will experimentally evaluate the impacts of offering financial incentives for worker retention in the context of a female-dominated occupation in the nascent garment manufacturing industry in Ethiopia. Our main hypothesis is that…