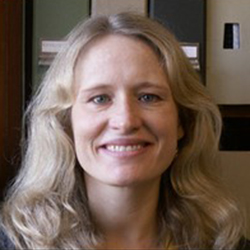 Professor Field’s work examines the microeconomics of household poverty and health in developing countries, with an emphasis on the study of gender and development. She has written papers on several topics in development in many different parts of the world, including microfinance contract design and social networks in India, marriage markets in Bangladesh, micronutrient deficiencies in Tanzania, health insurance for the poor in Nicaragua, household bargaining over fertility in Zambia, public housing for the poor in India, and property rights to land in Peru.  Her work has been published in several leading peer-reviewed journals, including the Quarterly Journal of Economics, Journal of Political Economy and the American Economic Journal.  As a member of the Abdul Latif Jameel Poverty Action Lab at MIT, she has spent much of her career pioneering the use of field experiments to evaluate development policy and understand individual behavior. She is currently engaged in large-scale randomized program evaluations of strategies to empower adolescent girls in Bangladesh, an expansion of rural microfinance in India, and the allocation of urban property rights to land in Mongolia.

Professor Field received her Ph.D. from Princeton University in 2003. Prior to joining the Economics Department at Duke, she was a John L. Loeb Associate Professor of Economics at Harvard University. From 2009-2010, Field was an Alfred P. Sloan Research Fellow.  She has been a National Fellow at the Hoover Institution, a visitor at the Institute for Advanced Study at Princeton, a Robert Wood Johnson Post-Doctoral Research Fellow in Health Policy, and a Fulbright Fellow in Peru. She received her B.A. in Economics and Latin American Studies from Vassar College.

In 2010, Field was awarded the Elaine Bennet Prize for Research by the American Economic Association, which honors a woman economist under the age of forty who has made outstanding contributions in any field of economic research.