In collaboration with the state government of Madhya Pradesh, we experimentally varied whether women’s wages from India’s public workfare program were deposited into female-owned bank accounts instead of into the male household head’s account (the status quo). This treatment increased women’s work, both in the program and in the private sector, despite no change in market wages. Treatment effects are concentrated among two groups of women: those who had not previously worked for the program and those whose husbands disapprove of women working. These results are at odds with a model of household behavior in which labor force participation decisions only depend on wages and own-preference for leisure. Instead, we argue that they are consistent with a model in which gender norms internalized by men limit women’s labor market engagement. 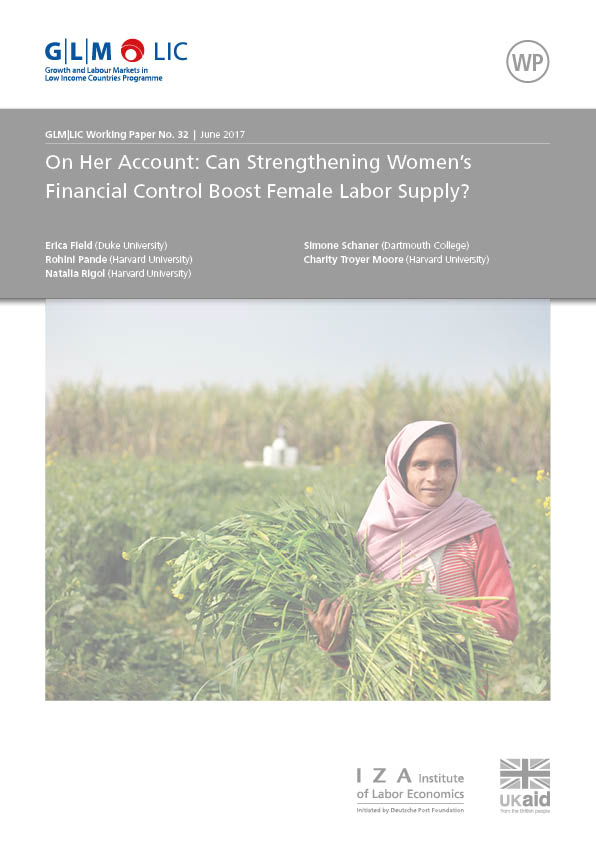