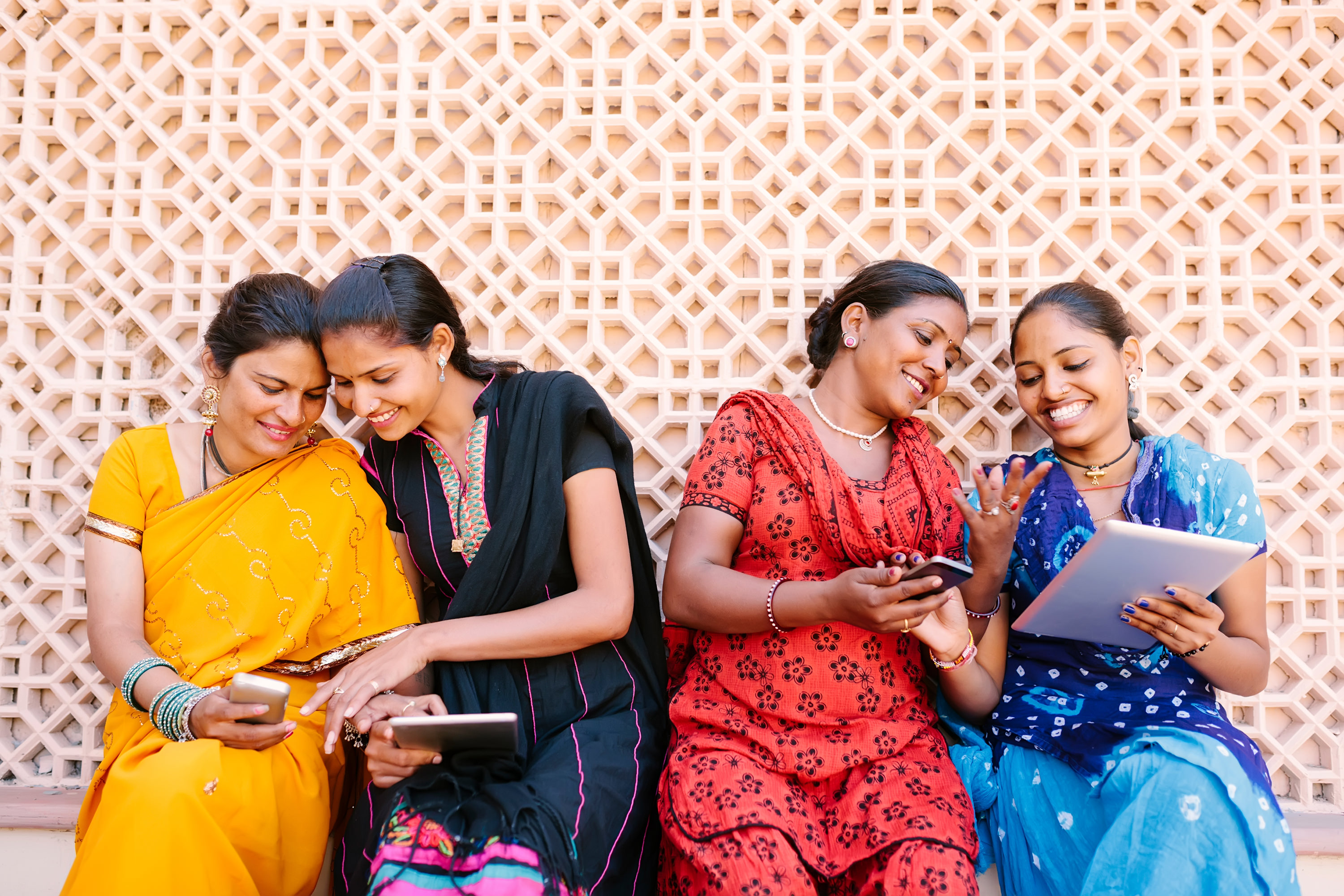 As digital technology becomes an ever-growing part of economic life in low-income countries, researchers and policymakers face a moment of both opportunity and risk: technologies like smartphones and mobile internet could connect millions of marginalized women and girls to the modern economy, generating new opportunities for employment and human capital accumulation. However, there is a danger that social norms and gender gaps in other outcomes like education and literacy will prevent women from taking advantage of these technologies, exacerbating existing gender inequities and further economically isolating women. This risk is especially acute in settings with already-restrictive gender norms, like much of South Asia.

The research team proposes to study how access to smartphones and mobile internet impacts female labor force participation, gender gaps in economic outcomes, and social norms in South Asia’s largest country, India. A key challenge to achieving this aim – especially in a policy-relevant setting where access to mobile technology shifts at scale – is that access is fundamentally endogenous. The team has a unique opportunity to credibly identify the causal impact of smartphones and mobile internet in the context of Chhattisgarh – one of India’s poorest, most economically backwards states. Specifically, they propose to exploit the design of the government of Chhattisgarh’s Sanchaar Kranti Yojana (SKY) program. Under SKY, the government distributed over 2 million smartphones to rural households in 2018. The aim was to bring women and their families online: the government ensured all program villages had LTE (i.e., 4G) coverage, and all phones received 1 GB of free data each month for the first six months. The program was gender-targeted, with phones distributed to female heads of households. Villages’ eligibility was based on a population threshold tied to the 2011 Indian Census, which allows us to use a regression discontinuity design to study the program.

They have already verified that (1) SKY was well-implemented, with over 74 percent of targeted villages receiving phones; (2) the population eligibility rule was followed, with just 2 per cent of population-ineligible villages receiving the program; and (3) villages on either side of the population threshold are balanced on baseline characteristics. In order to identify the impact of SKY on women’s labor market outcomes, gender gaps, and social norms, they require novel data from villages on both sides of the population threshold. With GLM-LIC funding they will build this dataset by sampling 500 villages distributed around the population cutoff. They will randomly sample 15 households in each sample village and interview both the male and female head, which will let us study gender gaps in impacts and outcomes within a unified set of households. The survey will collect detailed data from both men and women on labor market outcomes including labor supply, entrepreneurship, earnings, migration, and remittances. they will also collect data from both men and women on time use, gender norms, mobile technology engagement, social contacts and networks, and mental health and subjective wellbeing. Finally, they will survey women on household decision-making and conflict.

This project will identify the effect of SKY by using a regression discontinuity design to estimate intent-to-treat effects of the program. Here the research team is especially interested in understanding whether women face a “marginalization trap” in which restrictive norms (or other constraints) limit their ability to engage with technology, which amplifies gender gaps and reinforces harmful norms.

The research will fill critical gaps in the literature by providing some of the first credibly-identified estimates of the impact of a mass push to expand access to mobile technology on female (and male) labor force participation, local economic activity, household welfare, and gender norms. Previous research has shown how “basic” 2G mobile coverage can improve individual well-being and promote productivity by enhancing market functioning and enabling value-added services such as mobile money, information provision, and reminders.  There is less work on how basic mobile impacts outcomes like female labor force participation, and even less work on the impact of smartphones and mobile internet. This is a critical omission, given the fact that these two technologies are arguably among of the most important innovations in recent history. Our work is also of immediate policy relevance to low-income countries like Pakistan, where the government is distributing free mobile phones to women in select districts as part of the Benazir Income Support Program.