A GLM|LIC Research Project conducted by Lahore School of Economics 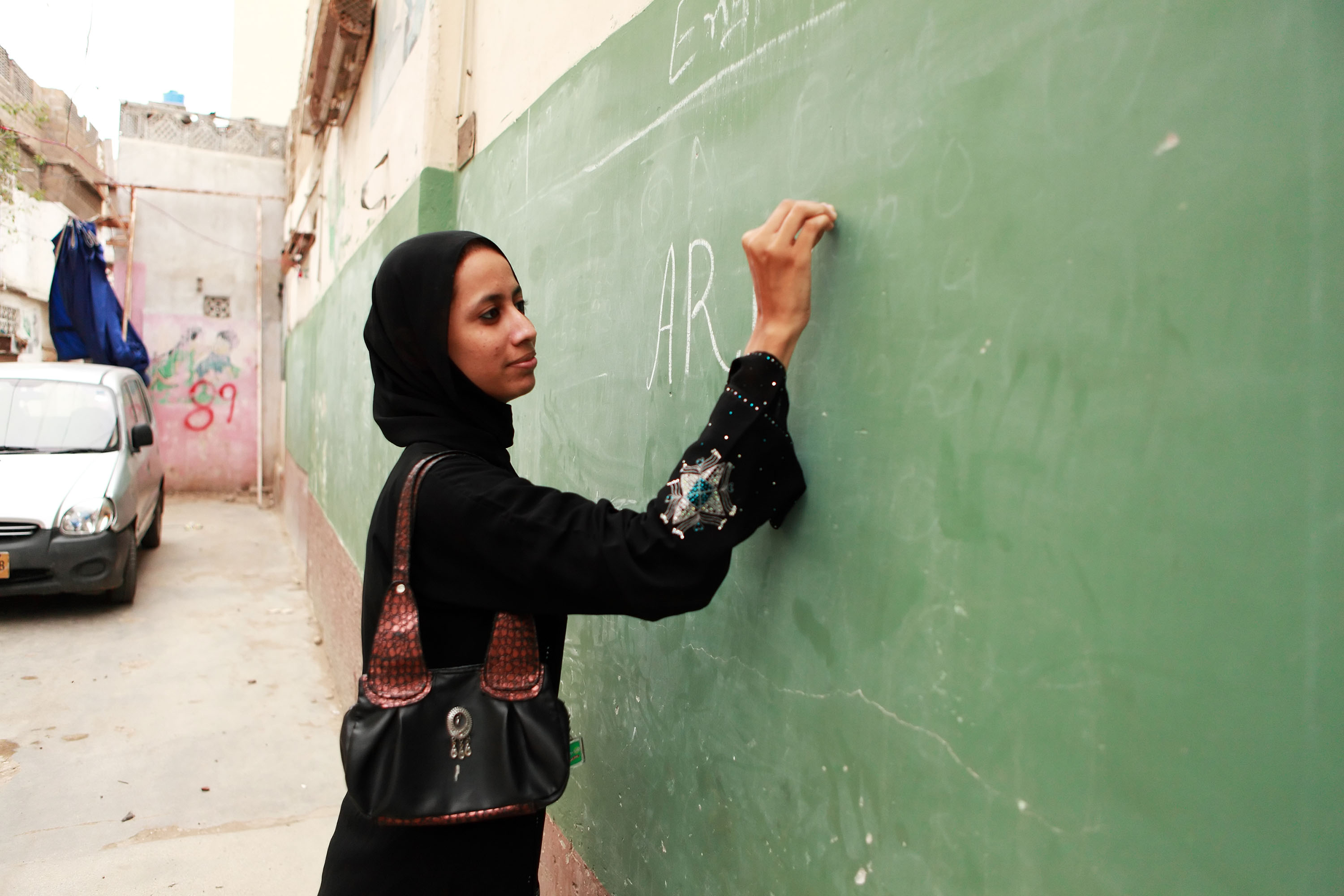 We propose a randomised controlled trial to test the impact of two low-cost interventions to overcome psychological and information constraints to female labor force participation (FLFP). Our research questions are, does (i) motivating female students and (ii) providing information about the job market, promote female labor force entry, as measured by their likelihood of applying for jobs. Our focus will be on female students, in their final year undergraduate degree, and enrolled in women only colleges in urban Lahore, the second largest metropolitan city in Pakistan, comprising of approximately 11 million people.

One possibility for these results may be presence of psychological barriers and low motivation as binding constraints to FLFP. Existing literature has shown positive impacts of aspirational stories from peer groups on adolescent behavior (Appadurai, 2001; Ray, 2006; DuBois, 2011), local female leadership (Macours and Vakis, 2014) and social inclusion (Doel, 2010), as well as strong role model effects in influencing behavior towards divorce, fertility and domestic violence (Chong et al, 2012; Jensen and Oster, 2009). To the best of our knowledge, there is no study that investigates the impact of soft behavioral interventions on women’s career aspirations and efforts to participate in the labor force. Such interventions are a pre-requisite to the traditional youth employment training programs. Meanwhile, information programs have been largely found to be effective, albeit costly, drivers for employment (Jensen, 2012; Dammert et al., 2015; Franklin et al., 2015).

Our proposed project is particularly relevant in the context of Pakistan, which suffers from chronically low FLFP: between 1992 and 2014, urban female labor force participation increased from 7.3 to 11.4% only (Pakistan Jobs Diagnostic, 2017). This rate is less than half compared to Bangladesh. An increase in FLFP is expected to have significant macroeconomic implications for the economy; bridging the gender gapin economic participation could increase GDP by 30 percent in Pakistan (IMF, 2015). The critically low urban FLFP of Pakistan is despite (i) the fact that almost half the students at intermediate, graduate and post-graduate level in urban Pakistan are women and (ii) the availability of a large number of jobs for graduates in general and females in particular. In the province of Punjab alone, women outnumber men 2 to 1 at the graduate and undergraduate level (Punjab Development Statistics 2016). At any given point in time there are on average 1800 job openings advertised on Rozee.pk (largest online job portal of Pakistan) in Lahore alone, with an average of 20 new job postings added daily.

We propose to use a randomized controlled design to test for the influence of psychological and information factors directly through two interventions in urban areas of Lahore, Pakistan; on increasing the likelihood of female graduates applying for jobs. The first will aim to motivate female students through a documentary of educated women who are successfully employed; the second will involve showing respondents a video tutorial that provides information on existing job search sources and resume building; the third will combine the two elements and show both.

We can expect respondents to share video messages within their peer group. Such information spillover can magnify the impact of our interventions (Gine and Mansuri, 2011) at no additional cost. The `spillover’ control group will be composed of students from the treated cohort who have not been shown the treatment videos. Last, we will include a ‘pure’ control group that will be exposed to a placebo treatment consisting of a video on an unrelated topic. We will provide a reinforcement of the messages and information in videos shown to the treatment and placebo control groups by repeating the interventions 8 months after they have been first administered.

Our project fits well with Research Area 1 – Growth and Labor Market Outcomes, and the cross cutting theme of gender by focusing on female labor force outcomes. We propose to investigate factors that can be critical in stimulating employment in a LIC; concentrating specifically on school-to-work transition of the female youth.