As globalization increases the ease of mobility, migration has become a common and large-scale phenomenon. Men are often the primary migrants, and studies in various country settings show that when men migrate, female participation in the work force decreases. This is largely explained by the income effect, which posits that as migrants send remittances back home, consumption—including leisure—increases. Our study challenges this finding. We find that in Tajikistan, after controlling for unobserved heterogeneity, migration has no significant effect on female work hours. We propose several countervailing factors that may have neutralized the income effect. We also seek to understand the effect of migration on households with farms. Since farming is a relatively low-skilled job, nonmigrants can substitute missing migrant labor, which increases their workload. However, we find that women with farms work more, irrespective of the household’s migrant status. In contrast to previous studies, which mainly analyze cross-sectional data, we use a nationally representative household survey exploiting three waves of panel data from 2007, 2009, and 2011. We also employ a fixed effect instrumental variable estimation with year effects combined with interaction terms to account for both time-variant and time-invariant variables. 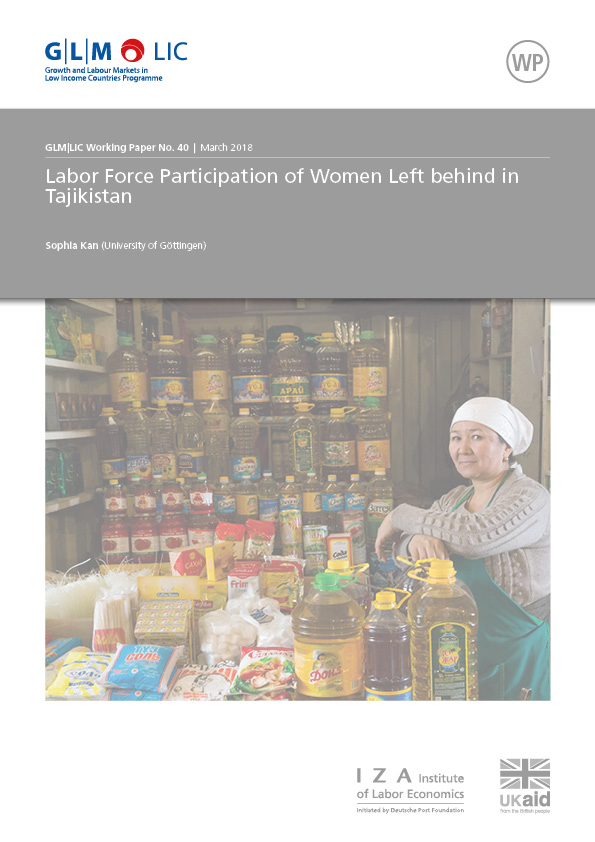 Labor Force Participation of Women Left Behind in Tajikistan