Women represent the majority of the unpaid labour force in developing countries, particularly in Sub Sahara Africa. However, to date, there is little empirical evidence on the role of fertility in female labour force participation in the informal sector. We analyse the effect of young women’s timing of the first birth on her entry in the labour market and selection into different types of employment. Using a panel survey in Madagascar, designed to capture the transition from adolescence to adulthood, and a multinomial logistic approach, we estimate the effect of early childbearing on selection into five employment categories: unemployed, informal paid employment, informal unpaid employment, formal employment and student. Our results suggest that young mothers are more likely to work, but they are more likely to participate in the unpaid informal sector, compared to young non-mothers. 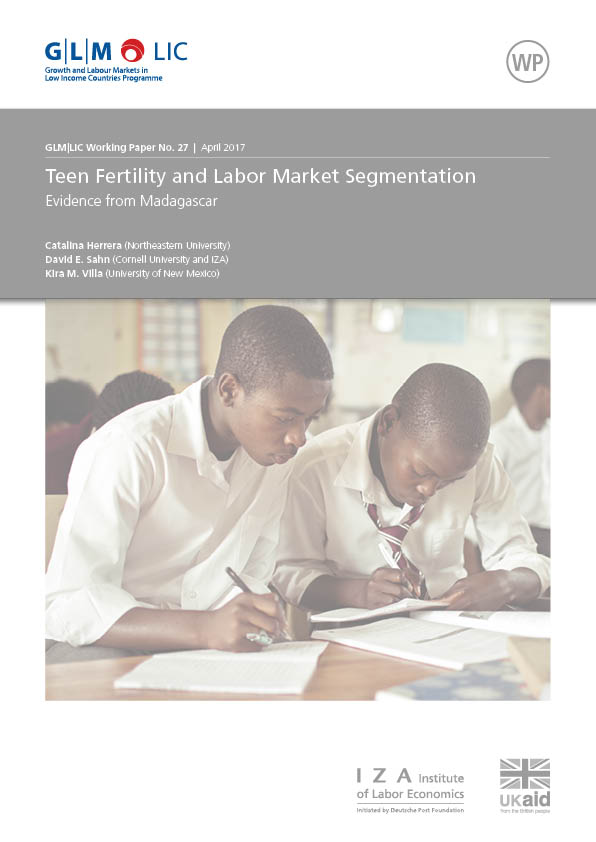