A good understanding of the constraints on agricultural growth in Africa relies on the accurate measurement of smallholder labor. Yet, serious weaknesses in these statistics persist. The extent of bias in smallholder labor data is examined by conducting a randomized survey experiment among farming households in rural Tanzania. Agricultural labor estimates obtained through weekly surveys are compared with the results of reporting in a single end-of-season recall survey. The findings show strong evidence of recall bias: people in traditional recall-style modules report working up to four times as many hours per person-plot relative to those reporting labor on a weekly basis. If hours are aggregated to the household level, however, this discrepancy disappears, a factor driven by the underreporting by recall households of people and plots active in agricultural work. The evidence suggests that these competing forms of recall bias are driven not only by failures in memory, but also by the mental burdens of reporting on highly variable agricultural work patterns to provide a typical estimate. All things equal, studies suffering from this bias would understate agricultural labor productivity. 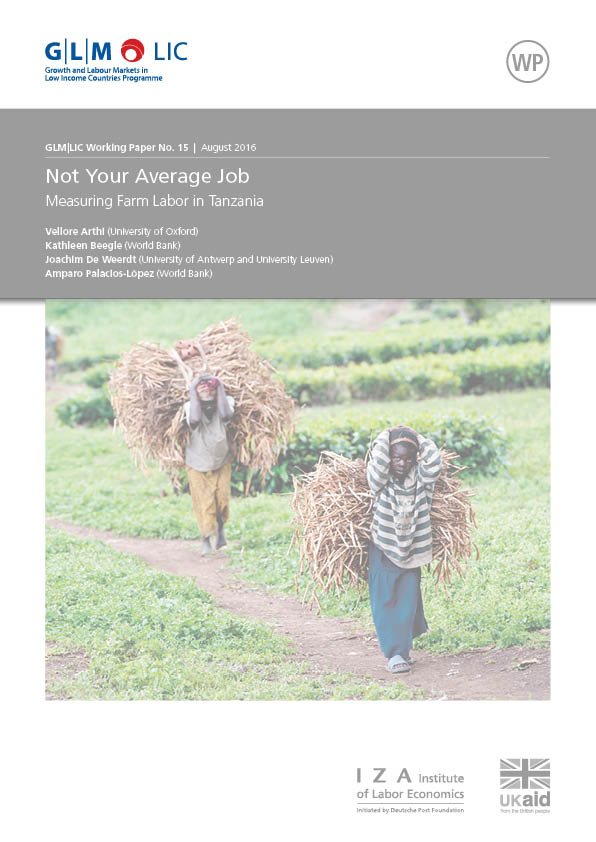 Not Your Average Job Measuring Farm Labor in Tanzania