We document several facts about workforce transitions from the informal to the formal sector in Vietnam, a fast growing, industrialising, and low-income country. First, younger workers, particularly migrants, are more likely to work in the formal sector and stay there permanently. Second, the decline in the aggregate share of informal employment occurs through changes between and within birth cohorts. Third, younger, educated, male, and urban workers are more likely to switch to the formal sector than other workers initially in the informal sector. Poorly educated, older, female, rural workers face little prospect of formalisation. Fourth, formalisation coincides with occupational upgrading. 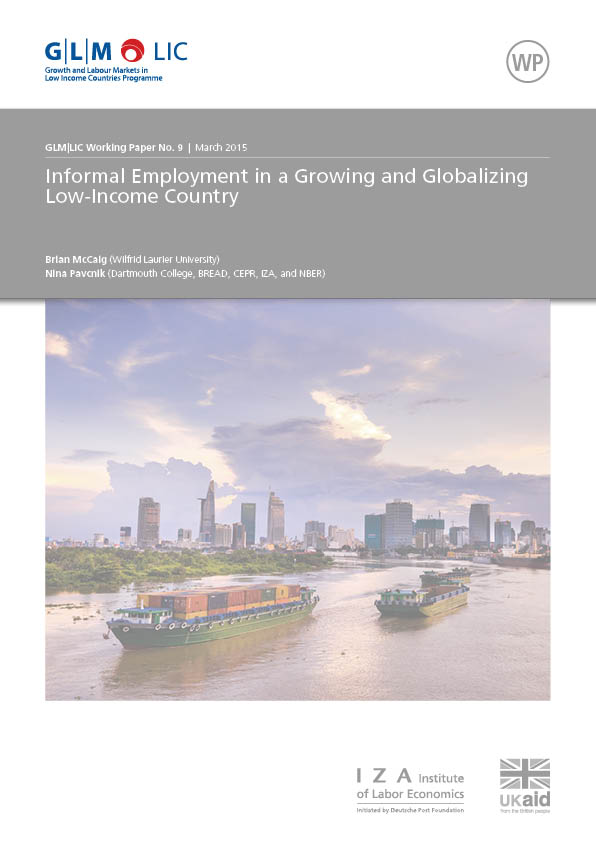 Informal Employment in a Growing and Globalising Low-Income Country