Low female schooling attainment, early marriage and low age at first birth are major policy concerns in developing countries. This paper jointly estimated the determinants of educational attainment, marriage age and age of first birth among females 12 to 25 years of age in Madagascar, explicitly accounting for the endogeneities that arose from modeling these related outcomes simultaneously. An additional year of schooling resulted in a delay of marriage by 1.5 years. Marrying one year later delayed the age of first birth by 0.5 years. Parental education and wealth also had important effects on schooling, marriage and age at first birth: among other findings, a woman’s first birth was delayed by 0.75 years for four additional years of schooling of her mother. Overall, the results provided rigorous evidence for the critical role of education – both own education and that of parents – in delaying marriage and fertility of young women. 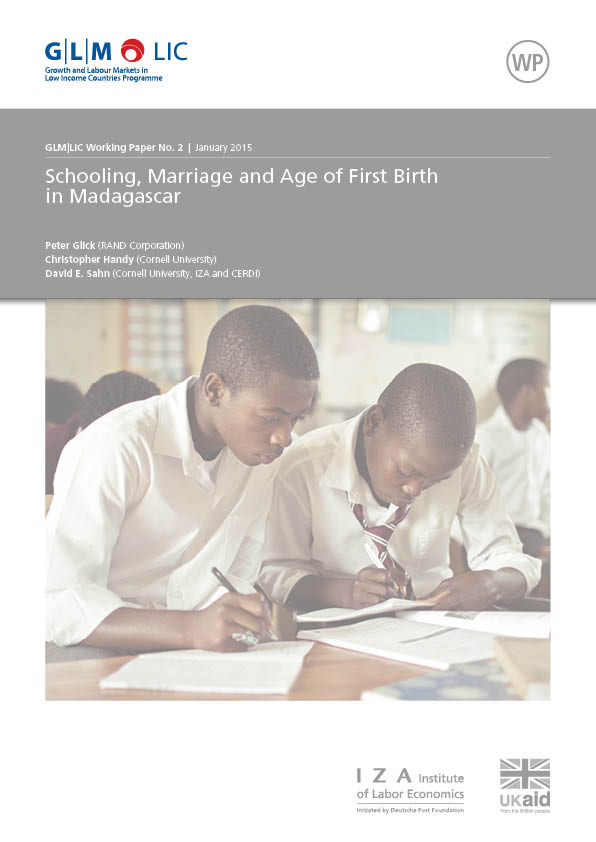 Schooling, Marriage and Age of First Birth in Madagascar