The Jobs of the World Project is a public resource designed to enable research on jobs and poverty across and within countries over the entire development spectrum. At its core is a new data set assembled by harmonising Demographic and Health Surveys (DHS) and National Censuses (IPUMS) for all countries and all years after 1990 where data is available. The current version covers 115 countries, observed 4 times on average. We use the data to show how the nature of jobs and their allocation vary within countries by wealth and gender and across countries by stages of development. We discuss evidence that shows how disparities at the micro level lead to a misuse of human potential that links individual poverty to national income. 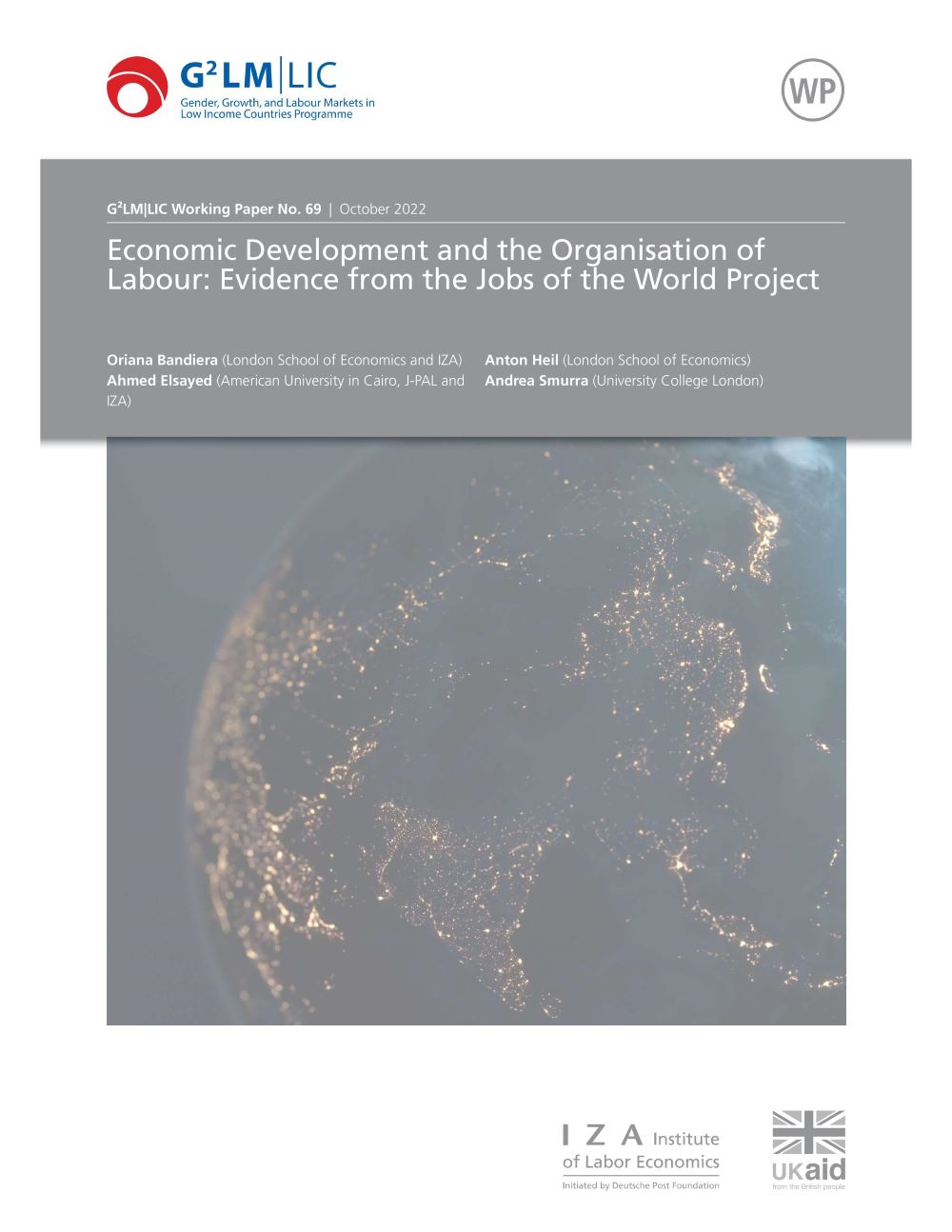 Economic Development and the Organisation of Labour: Evidence from the Jobs of the World Project