In June 2011, the Ethiopian government introduced a social security reform mandating employer provided pension and disability benefits to permanent employees in the private sector. Before this reform, such benefits were available only to government employees. This project examined the labor market implications of this reform. To identify the reform’s effects, the authors relied on the existence of firms that voluntarily arranged contributions through “Provident Funds”. In the pre-reform period, firms with Provident Funds (PFs) provided lump sum payouts to workers at the time of separation. The government allowed PFs to continue after the reform. Hence firms with pre-reform PFs serve as a control groups while firms without PFs serve as a treatment groups as they are forced to make social security contributions for the first time after 2011. The project examined whether employers shifted the cost of social insurance to workers in terms of reduced wages, and the reform’s effect on firm-level employment. The analysis was carried out using firm-level data collected by the Central Statistical Agency of Ethiopia as well as worker-level data. 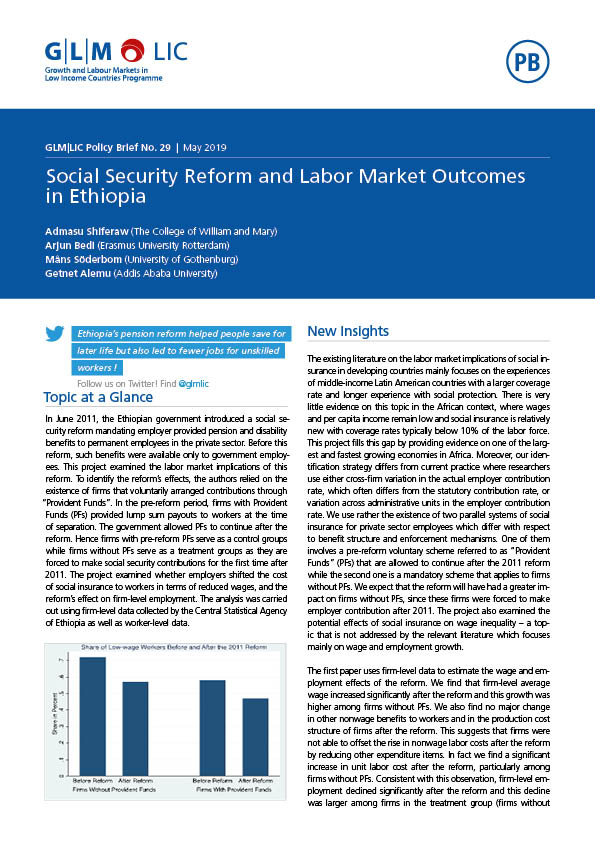