A G²LM|LIC Research Project conducted by Innovations for Poverty Action 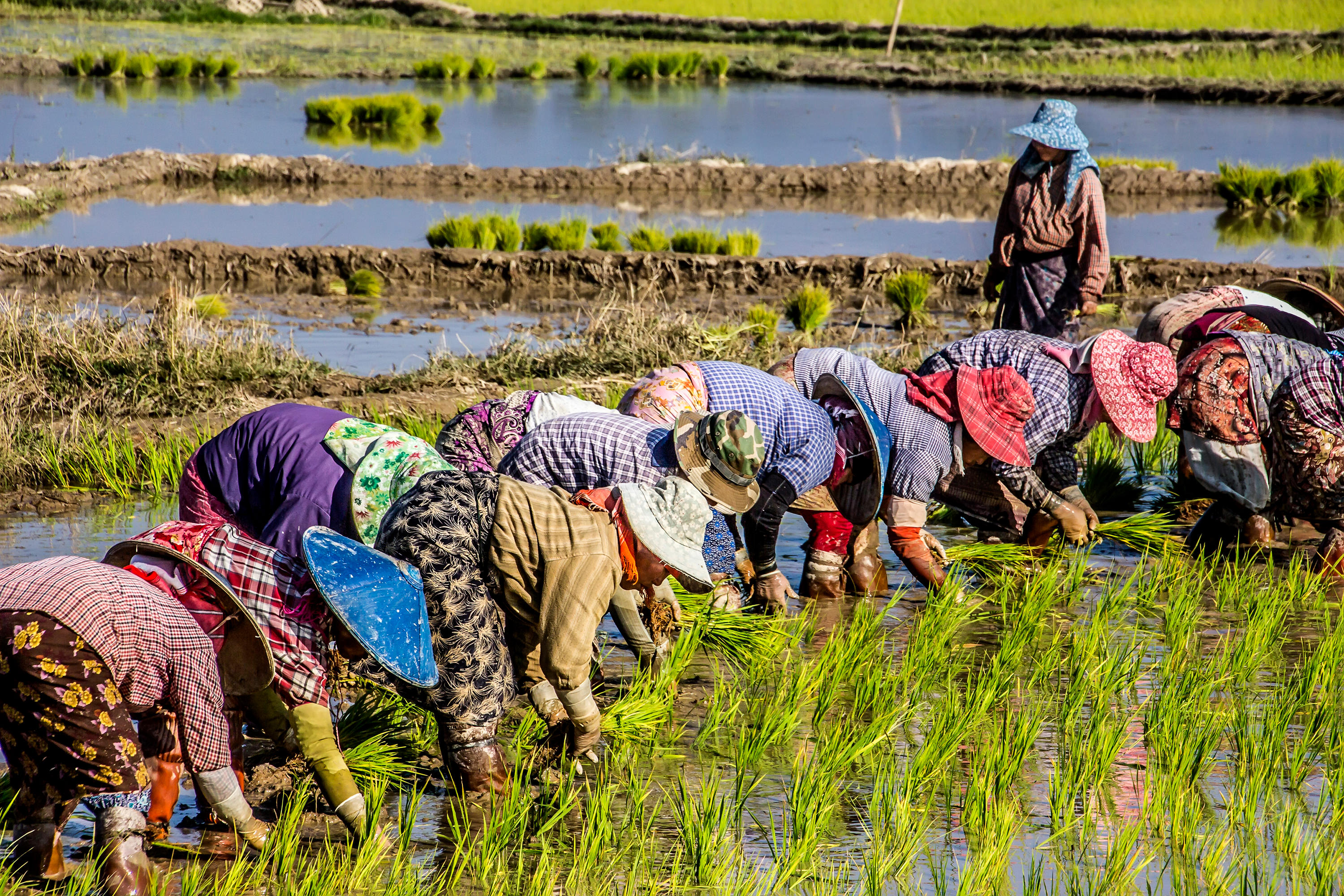 The Mekong delta in Southern Vietnam is the third’s largest delta in the world, and home to almost 20 million people. It is also an important region for food security in Vietnam, producing most of the country’s rice. However, with its extremely low mean elevation of about 0.8 m above sea level, the Mekong delta region is acutely vulnerable to the impacts of increasing sea levels (Minderhoud et al. 2019). While upstream hydropower development partially offsets climate-induced river level increases, the projections are unambiguous. The Intergovernmental Panel on Climate Change (IPCC)’s most optimistic scenario (“RCP 2.6”) projects an increase of 44 cm in the sea-level in the Eastern coastal area of the Mekong Delta and 45 cm in its Western coastal area by the end of the 21st century. The most pessimistic climate scenario (“RCP 8.5”) projects increases of 73 cm and 75 cm in the Eastern and Western coastal areas, respectively (IPCC 2014).

Sea water intrusion and the associated salinity leads to crop failure, as do droughts, and floods damage physical assets and induce distress migration. Welfare losses from climate change are concentrated among the women and children. Climate change creates a higher work burden on women, who are more likely employed in agriculture in Vietnam and whose wages are lower than those of men. Floods and droughts imply that women, who share a disproportionate burden of household chores, need to walk longer distances to collect water and suitable wood. In addition, just 20% of land in Vietnam belongs to women, reducing their access to credit (United Nations Vietnam 2011). A report conducted by the Asian Development Bank in 2012 found that children under 6 years of age accounted for 74% of all deaths due to floods in Dong Thap province from 1994-2006 (Hugo et al. 2009).

Governmental and non-governmental programs support adaptation technologies such as water pumping and filter equipment as well as livelihood alternatives such as shrimp farming and seaweed farming. However, many of these technologies are too capital intensive to be viable options for poor households. For some poor households, the only way out or the most profitable and sustainable response, is migration to other parts of Vietnam – either the household as a whole, or individual household member(s). In considering migration options (households versus individual members) for our experimental intervention, we will pay attention to effects on children – some literature argues that emigration of males increases child labor, due to damaged (roads to) school and the need to supplement income.

A policy question of interest is whether current emigration rates from the Mekong delta are optimal. One study that surveyed Mekong-originated migrants in Ho Chi Min City concluded that migration in the Mekong delta happens in response to sudden-onset environmental events, such as floods, rather than in response to long-term trends in climate and agronomic conditions (Koubi, Vally et al. 2016). This would imply climate migration to be reactive rather than anticipatory, and this carries welfare losses. Floods lead to loss of property and assets and depress land prices at the time of forced land sales. One of the reasons why current migration flows may be suboptimal, is that people are information constrained: a subset of the population may not be aware of gradual climatic changes or of changing frequencies in adverse natural events (e.g., seawater intrusion, droughts, floods). A yet unpublished survey by Oxfam Vietnam of 120 Mekong-originated migrants and 120 non-migrant Mekong residents provides a hint about this: 43% of respondents believes natural disasters to increase in frequency, while 33% perceives natural disasters to be on a downward trend. Furthermore, about half the respondents are unaware of the causes and the evidence of climate change.

These facts combined raise the question whether the provision of information on climate trends to Mekong delta residents may allow for more planned and managed climate migration before disaster strikes. Depending on income levels, this could possibly be combined with nudges (e.g., money or vouchers for bus tickets). Another avenue for potential treatments we are exploring is to provide information on job opportunities in Vietnam, along with information about wages and possibly other working conditions. We are exploring these possible treatments with Oxfam Vietnam, which is a potential implementing partner for the randomized intervention. We aim to identify sectors and locations facing shortages of un- and semi-skilled labor with Vietnam’s International Labor Organization (ILO)’s office, while paying attention to gender aspects. We plan to pilot a prototype of a potential treatment at a small scale, before implementing it as part of a full-scale randomized controlled trial (RCT).

Vietnam is not a Low-Income Country (LIC), but rather a Lower Middle-Income Country (LMIC). However, climate change is a global phenomenon, and the expected findings on managed climate migration likely hold significant external relevance for river deltas in lowincome countries such as Bangladesh’ Ganges-Brahmaputra-Meghna Delta (GBM Delta), the Ayeyarwady Delta in Myanmar, the Niger Delta in Nigeria, and to a lesser extent to climate migration in low-income countries in general, including migration in response to increasing drought and associated agricultural productivity losses in the West-African Sahel region and the Northern Triangle of Central America (which includes low-income country Honduras).